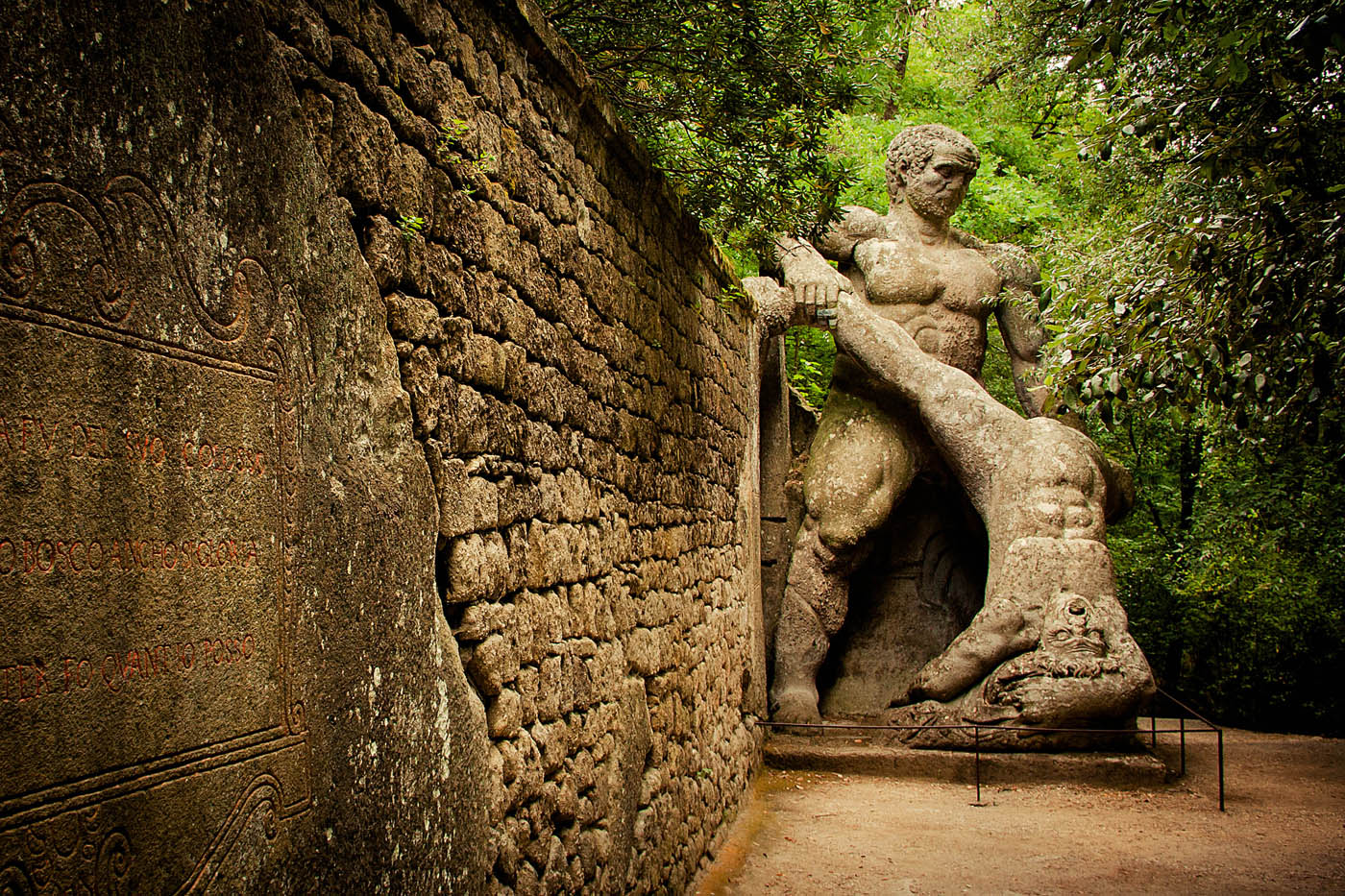 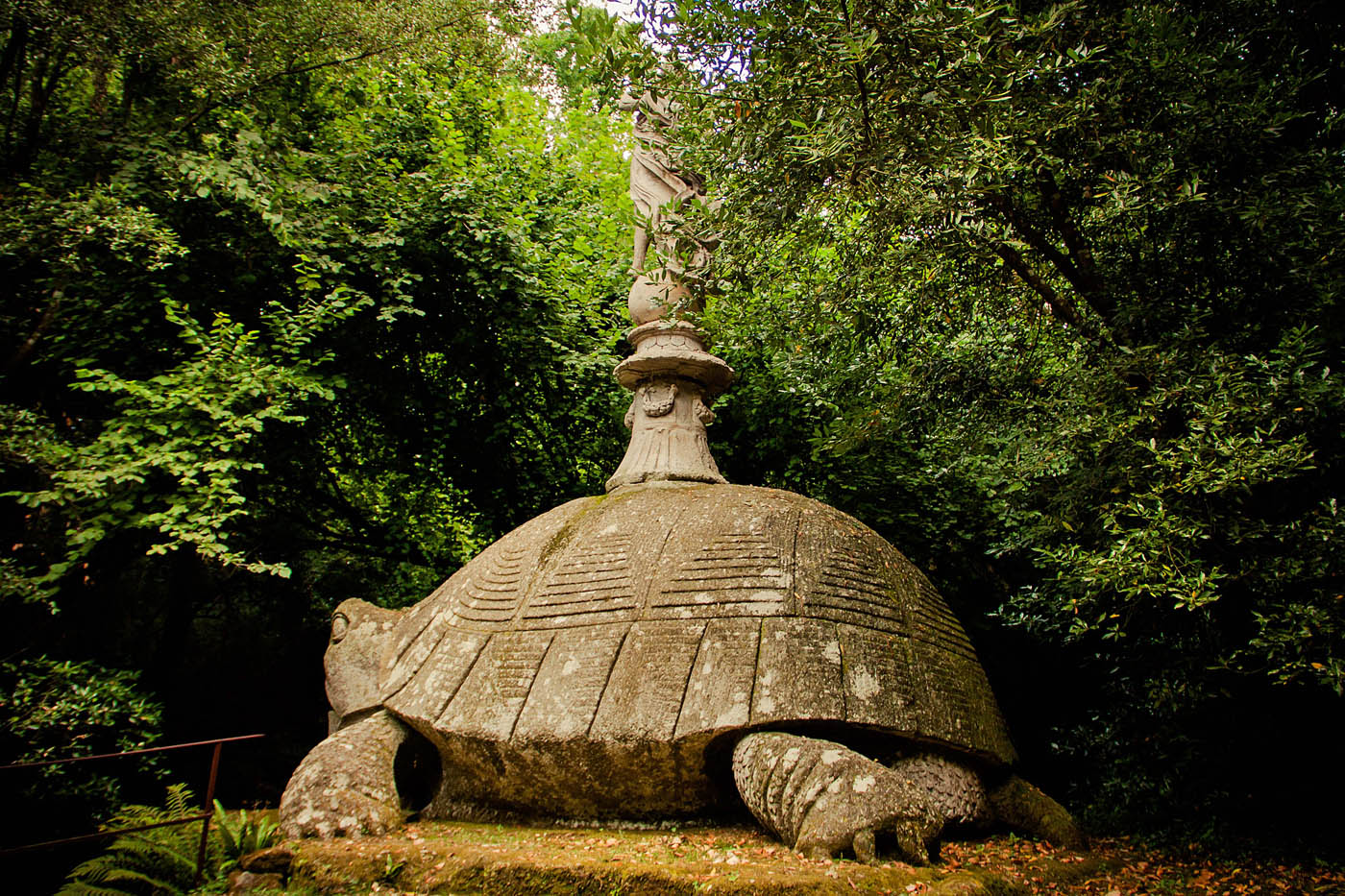 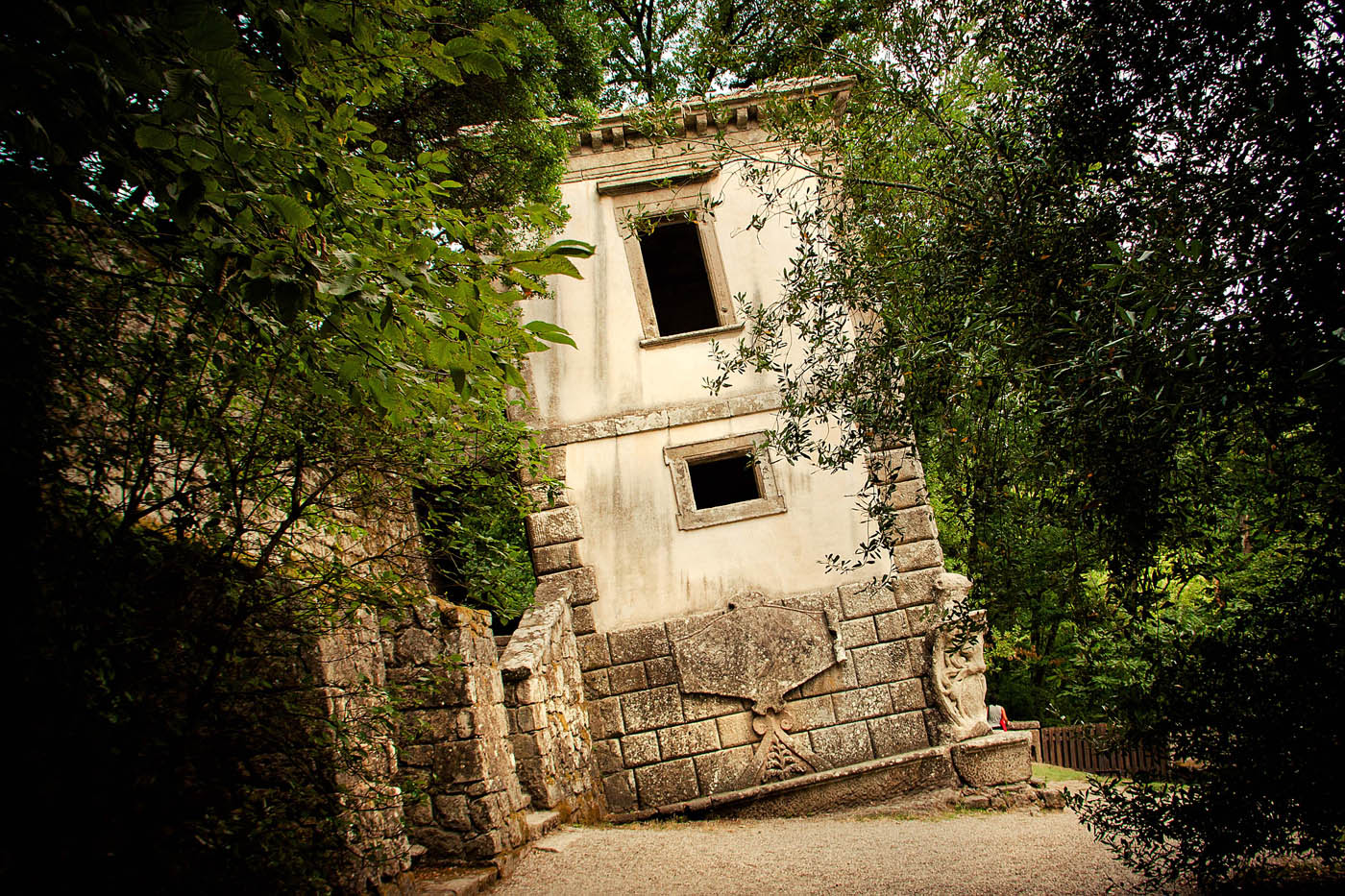 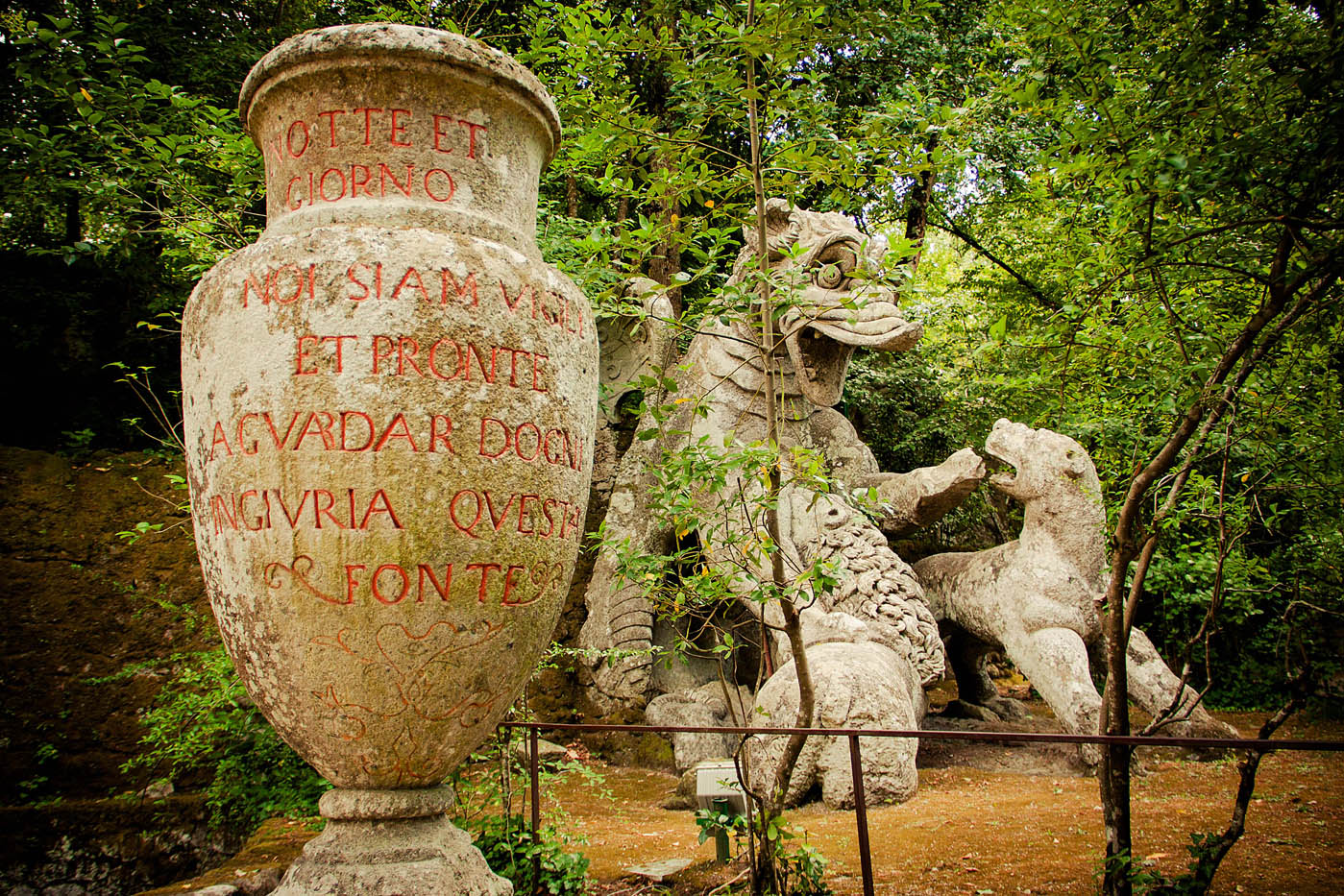 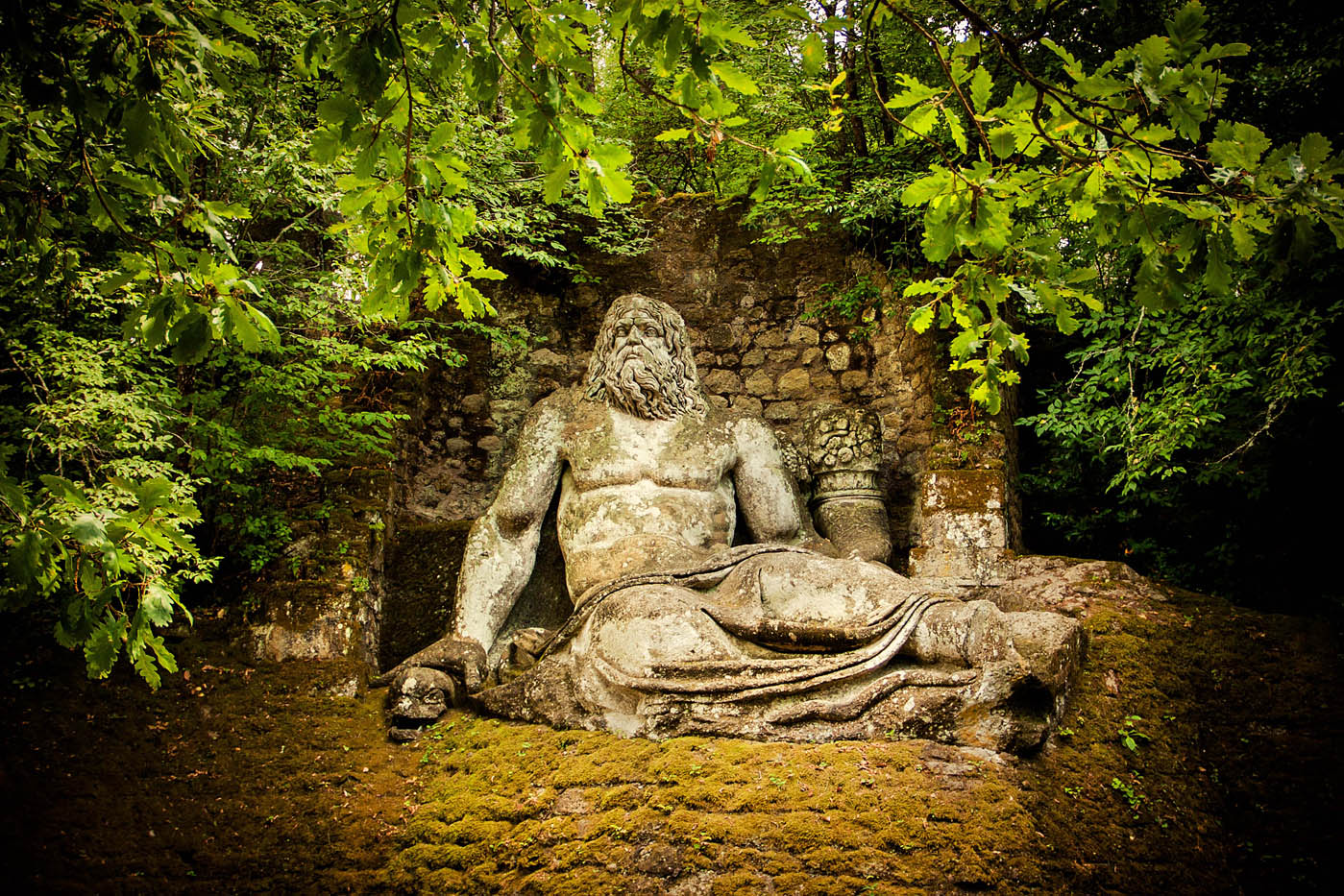 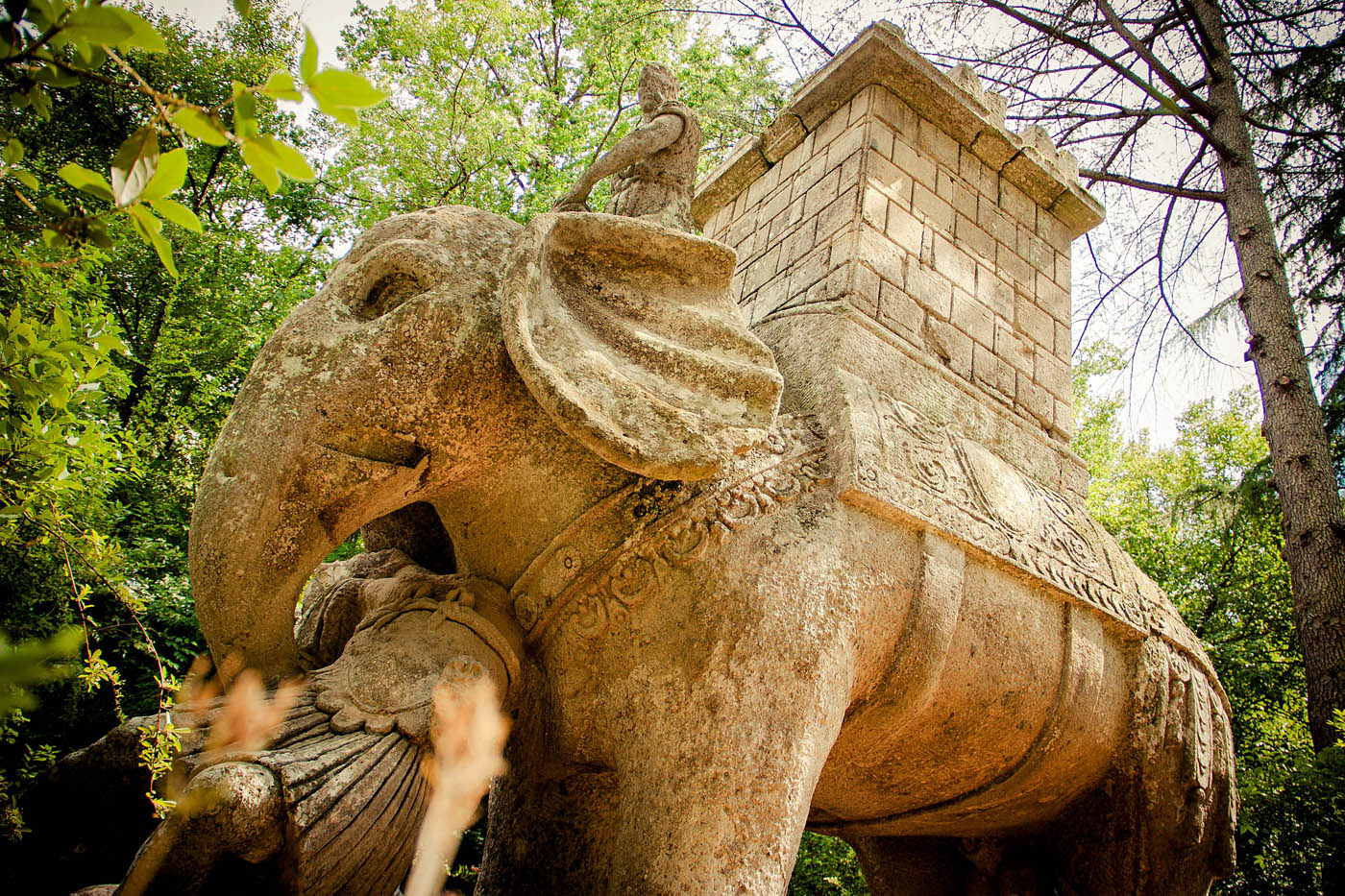 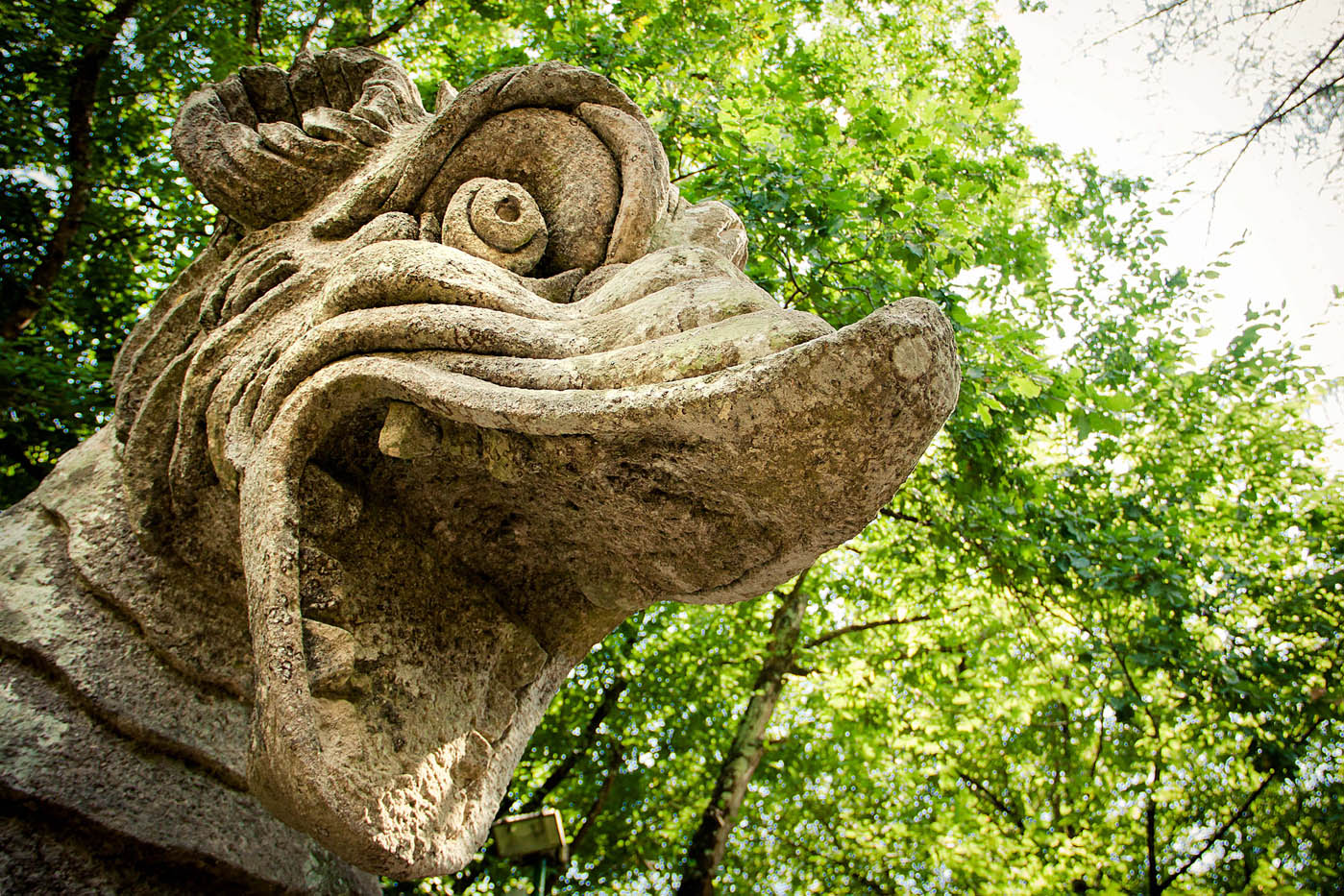 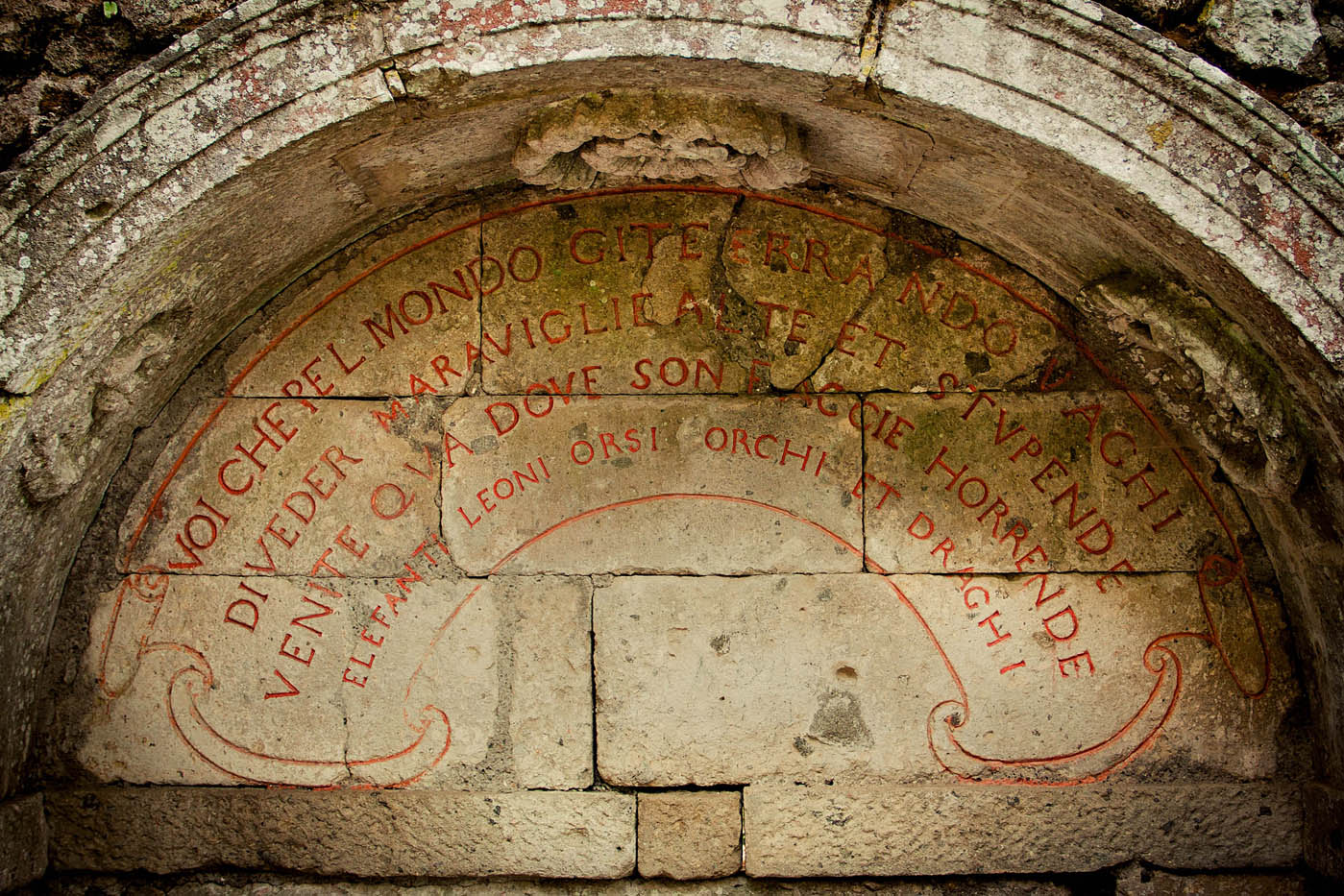 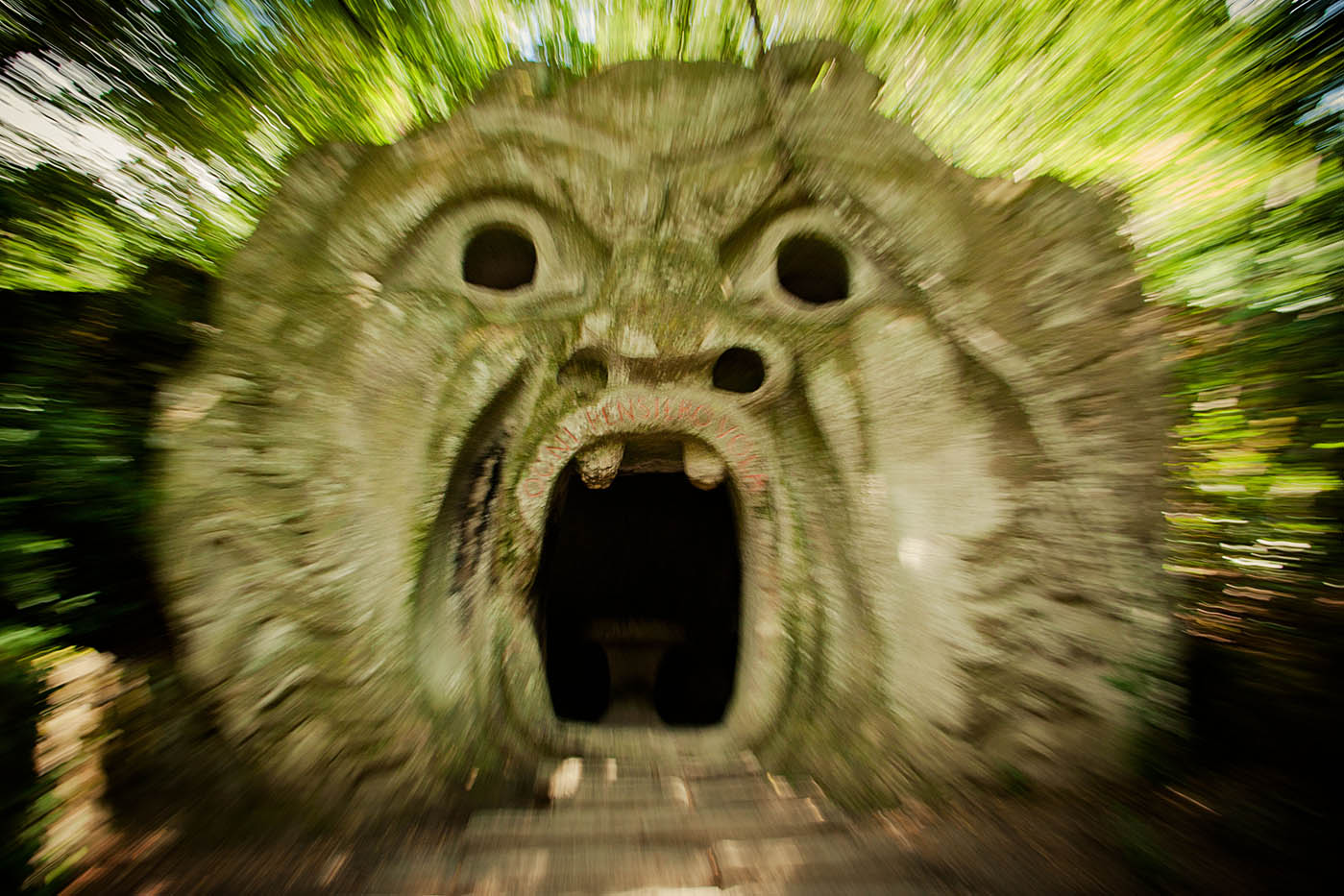 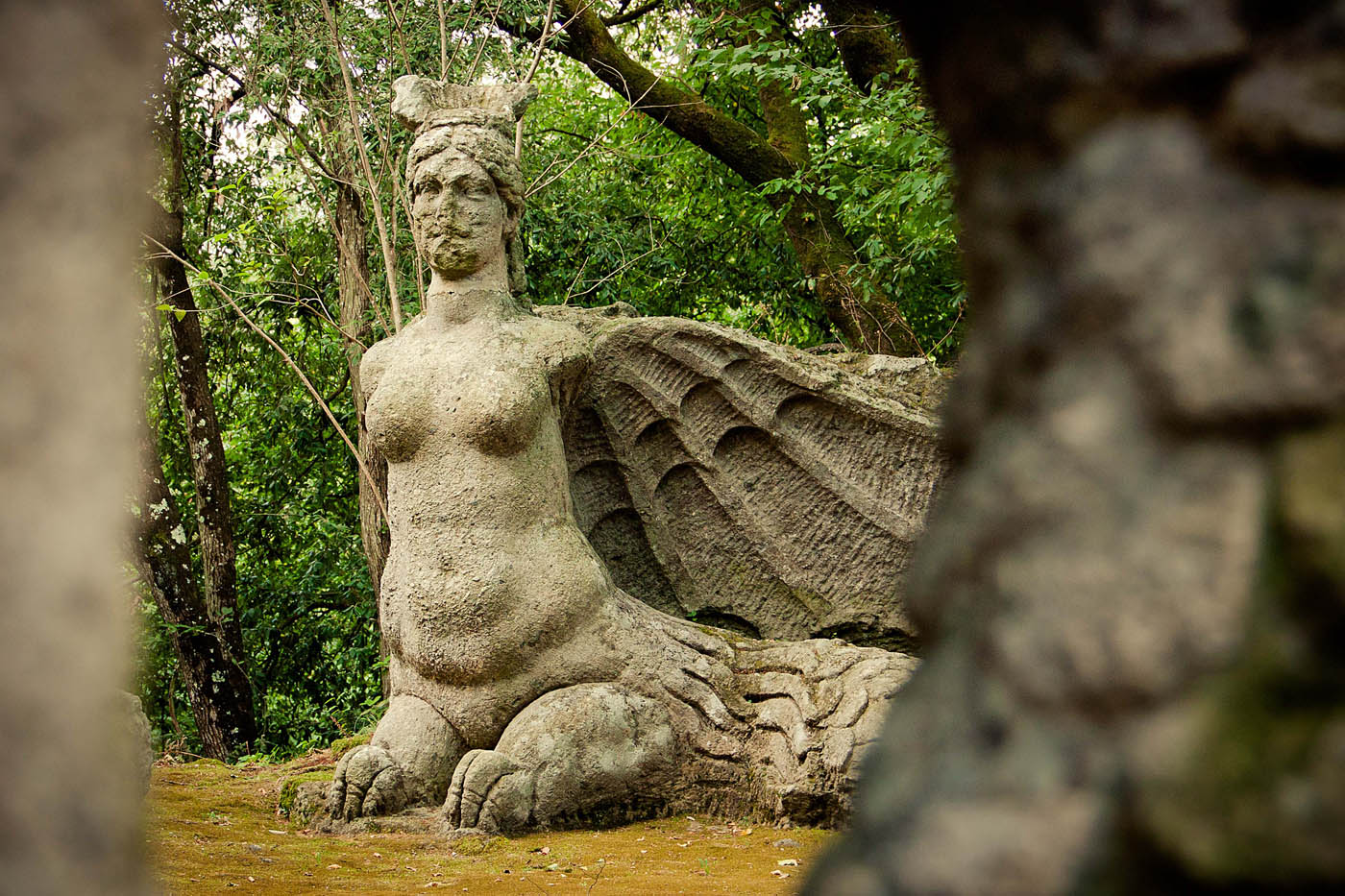 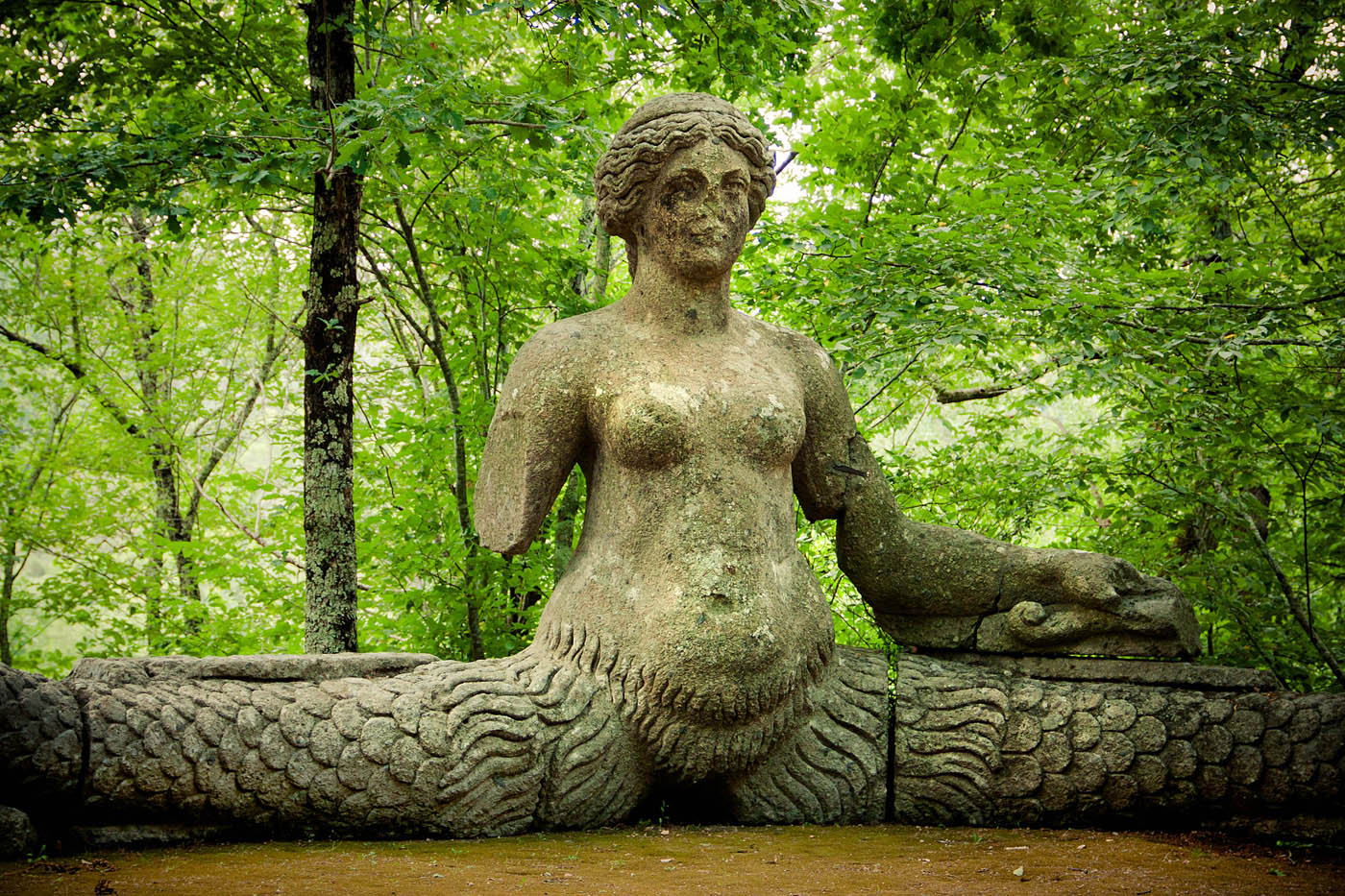 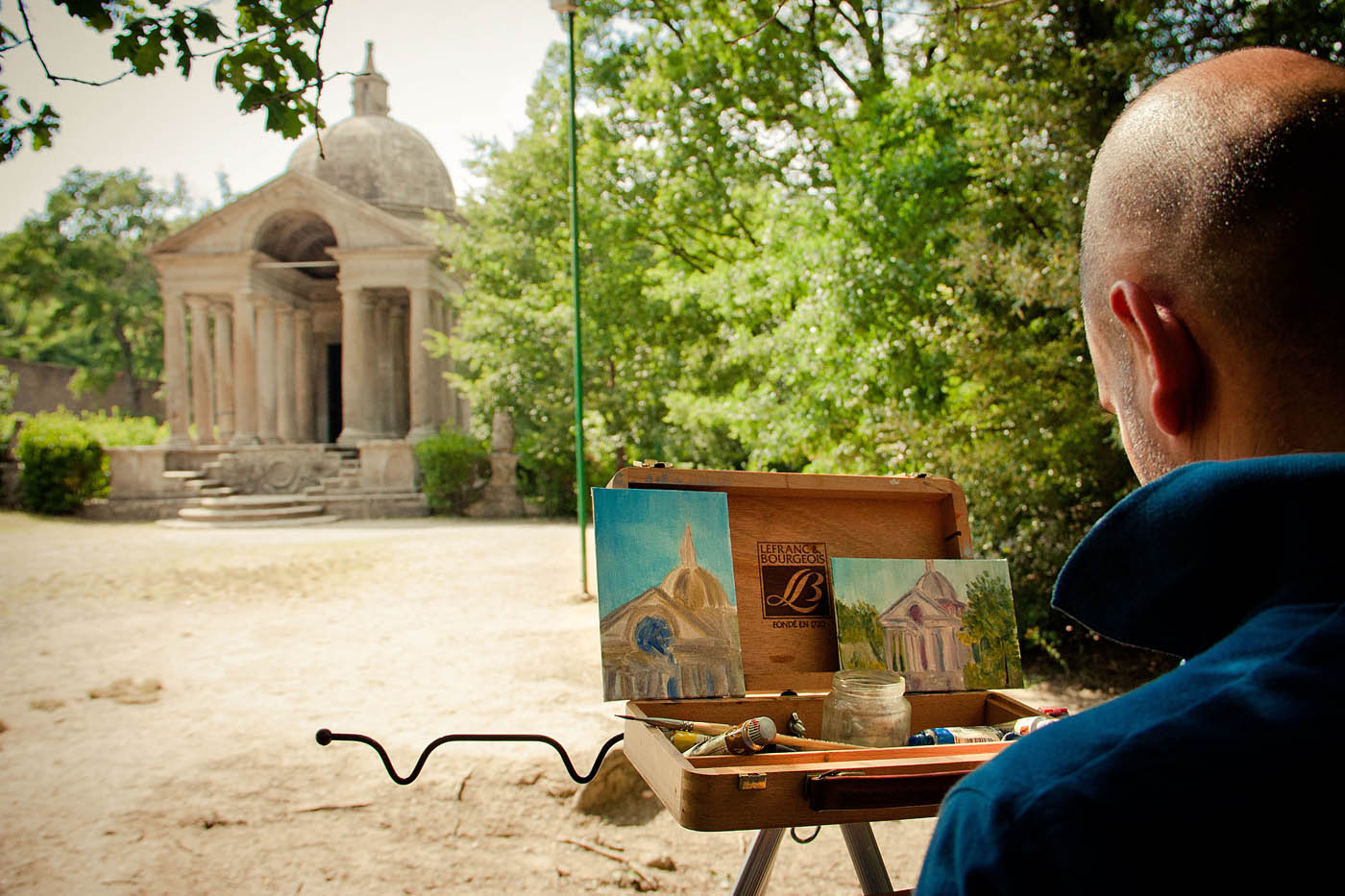 The Park of Monsters is a fascinating garden below the medieval town of Bomarzo, near Viterbo. Writers, poets and creatives from all around the world have visited this garden

The Park of Monsters also named "Sacred Groove" is a manieristic monumental complex located in Bomarzo, in the province of Viterbo, in northern Lazio.

lt was commisioned by Pier Francesco Orsini. The design is attributed to Pirro Ligorio in 1552. The Park of Monsters was intended not to please, but to astonish, and like many Mannerist works of art, its symbolism is arcane: examples are a large sculpture of one of Hannibal’s war elephants, which mangles a Roman legionary, or the statue of Ceres lounging on the bare ground, with a vase of verdure perched on her head.

The many monstrous statues appear to be unconnected to any rational plan, and appear to have been strewn almost randomly about the area, sol per sfogare il Core (“just to set the heart free”) as one inscription in the obelisks says.

The reason for the layout and design of the garden is largely unknown; Liane Lefaivre thinks they are illustrations of the romance novel Hypnertomachia Poliphili. Perhaps they were meant as a foil to the perfect symmetry and layout of the great Renaissance gardens nearby at Villa Farnese, and Villa Lante. Next to a formal exit gate is a tilting watchtower-like casina, the so-called Casa Pendente (“Leaning House”).