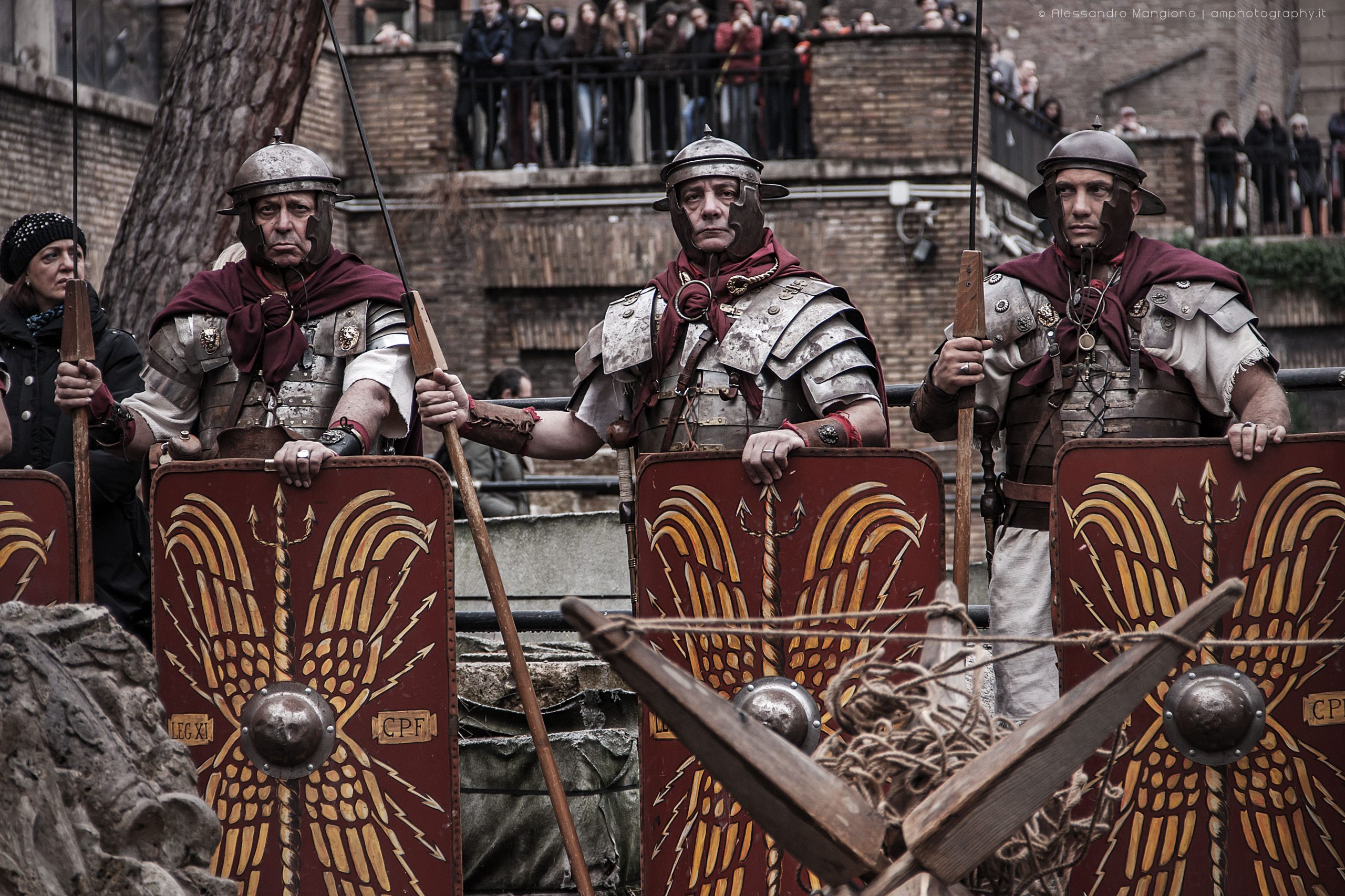 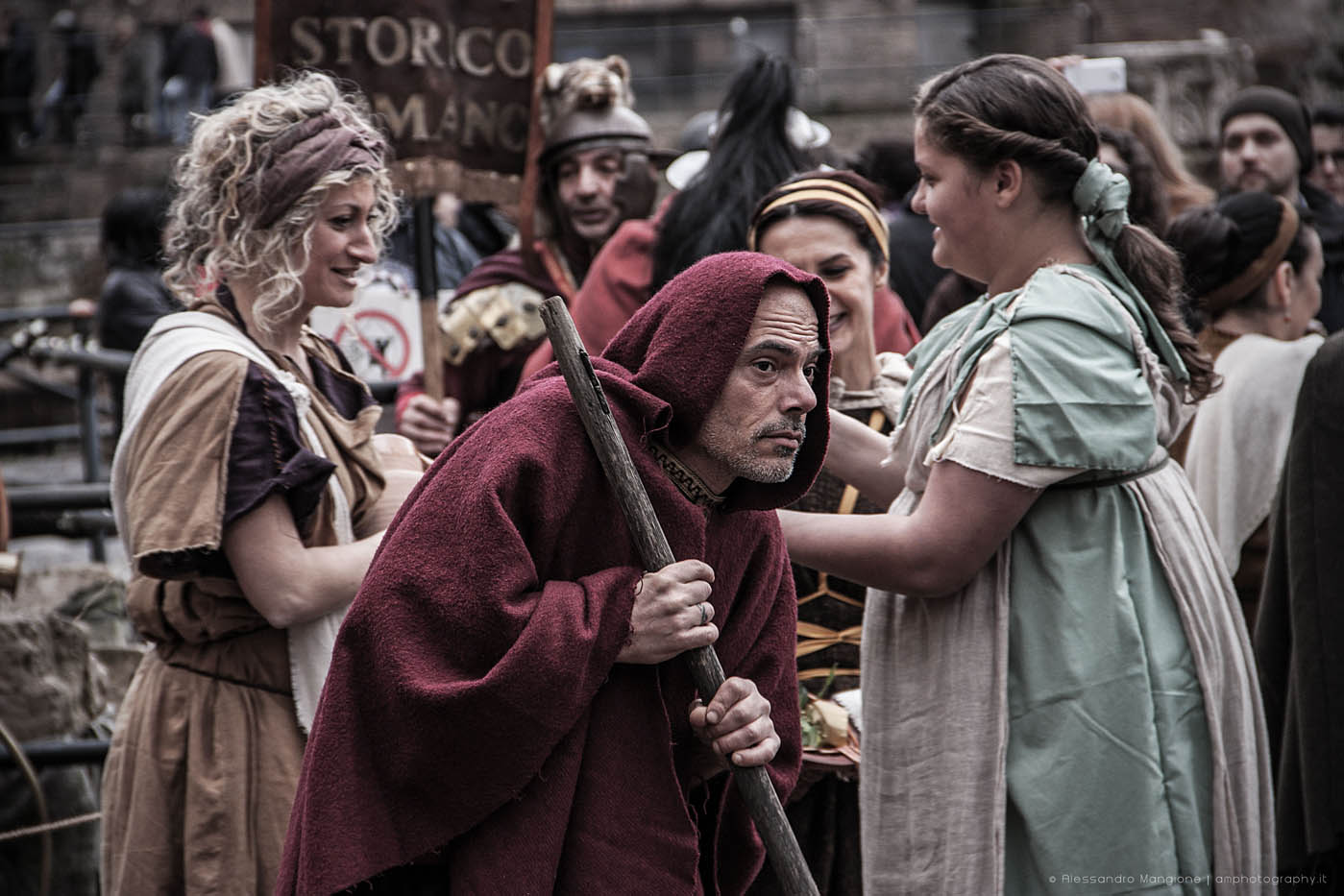 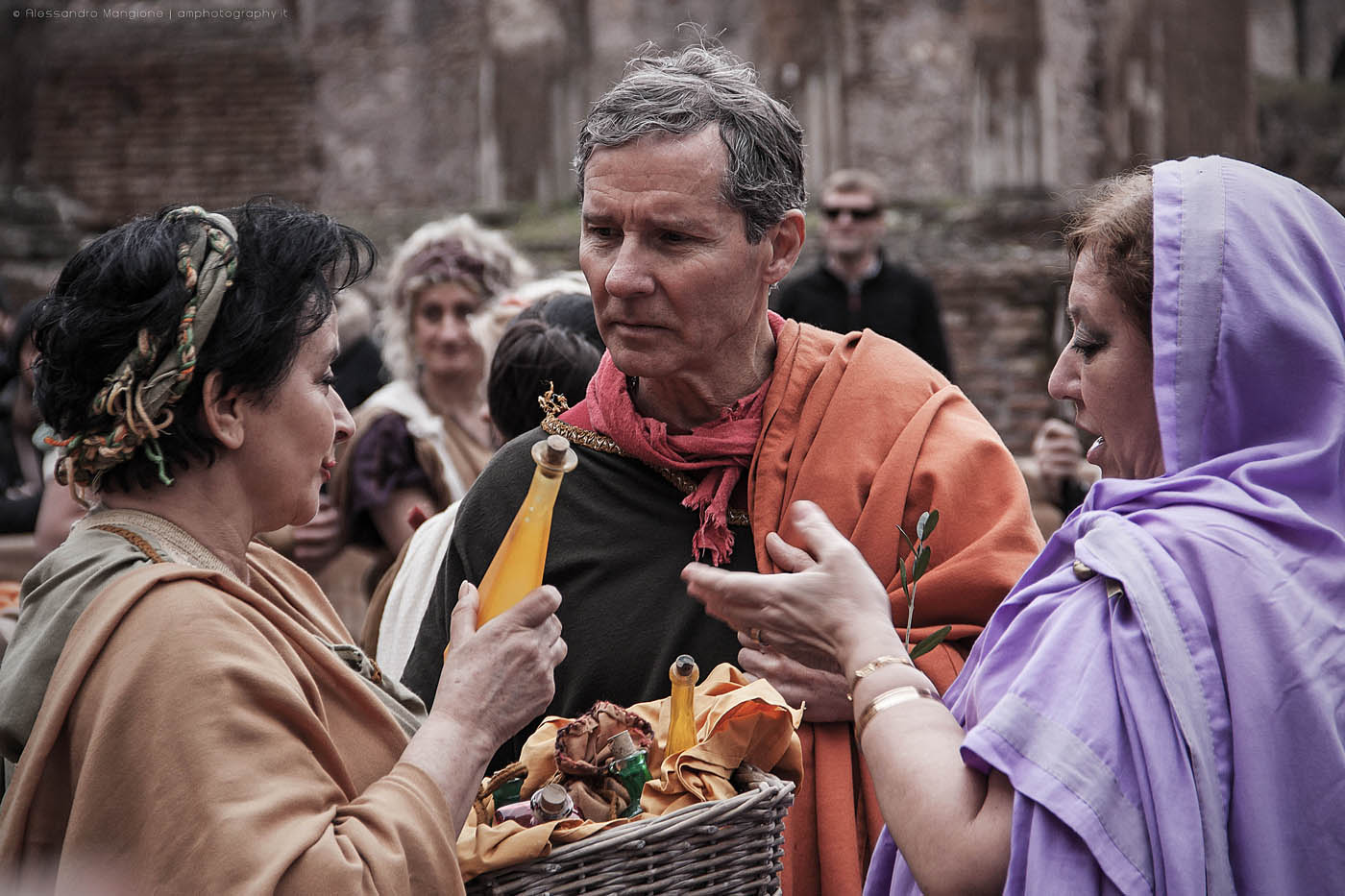 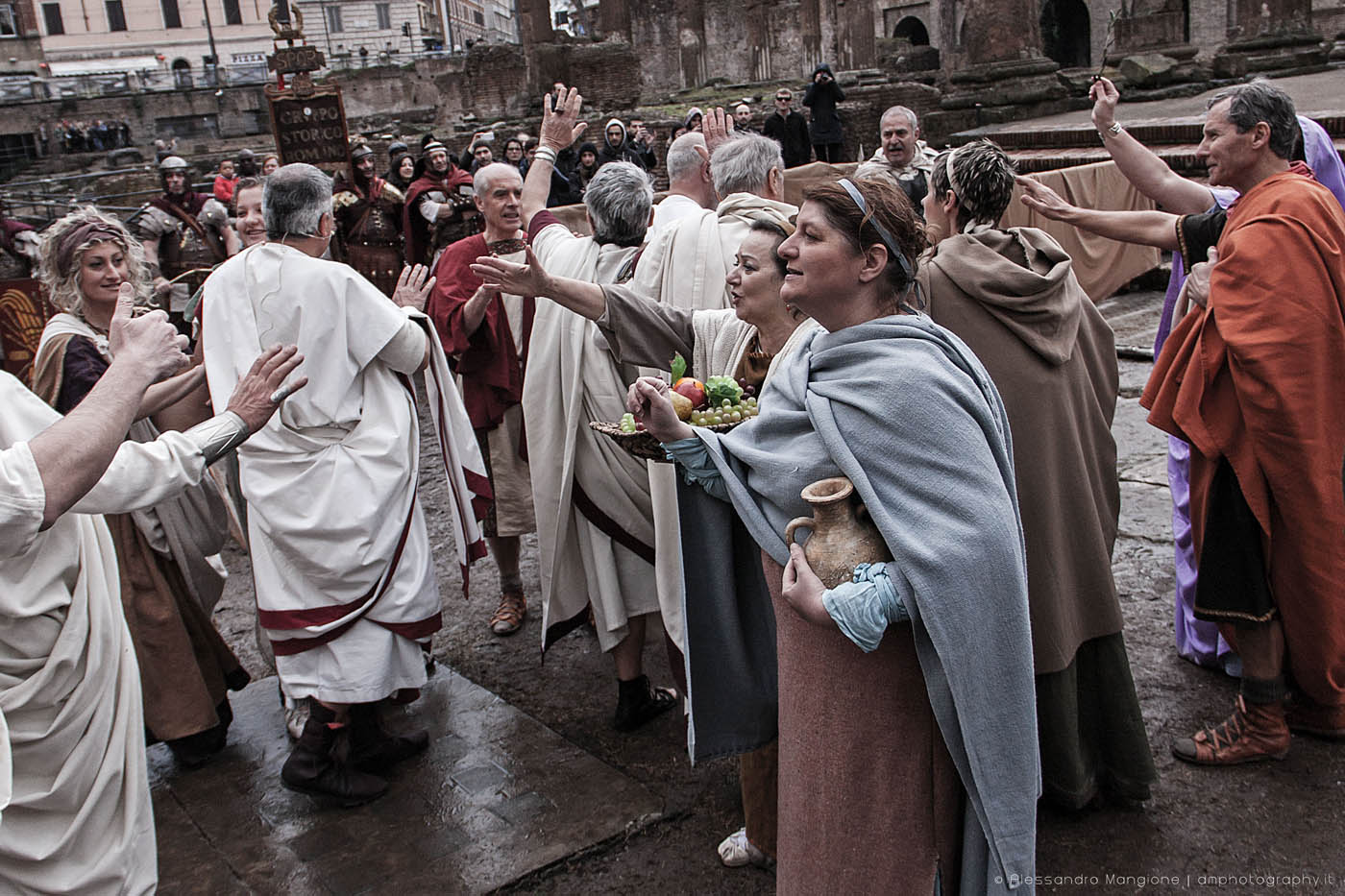 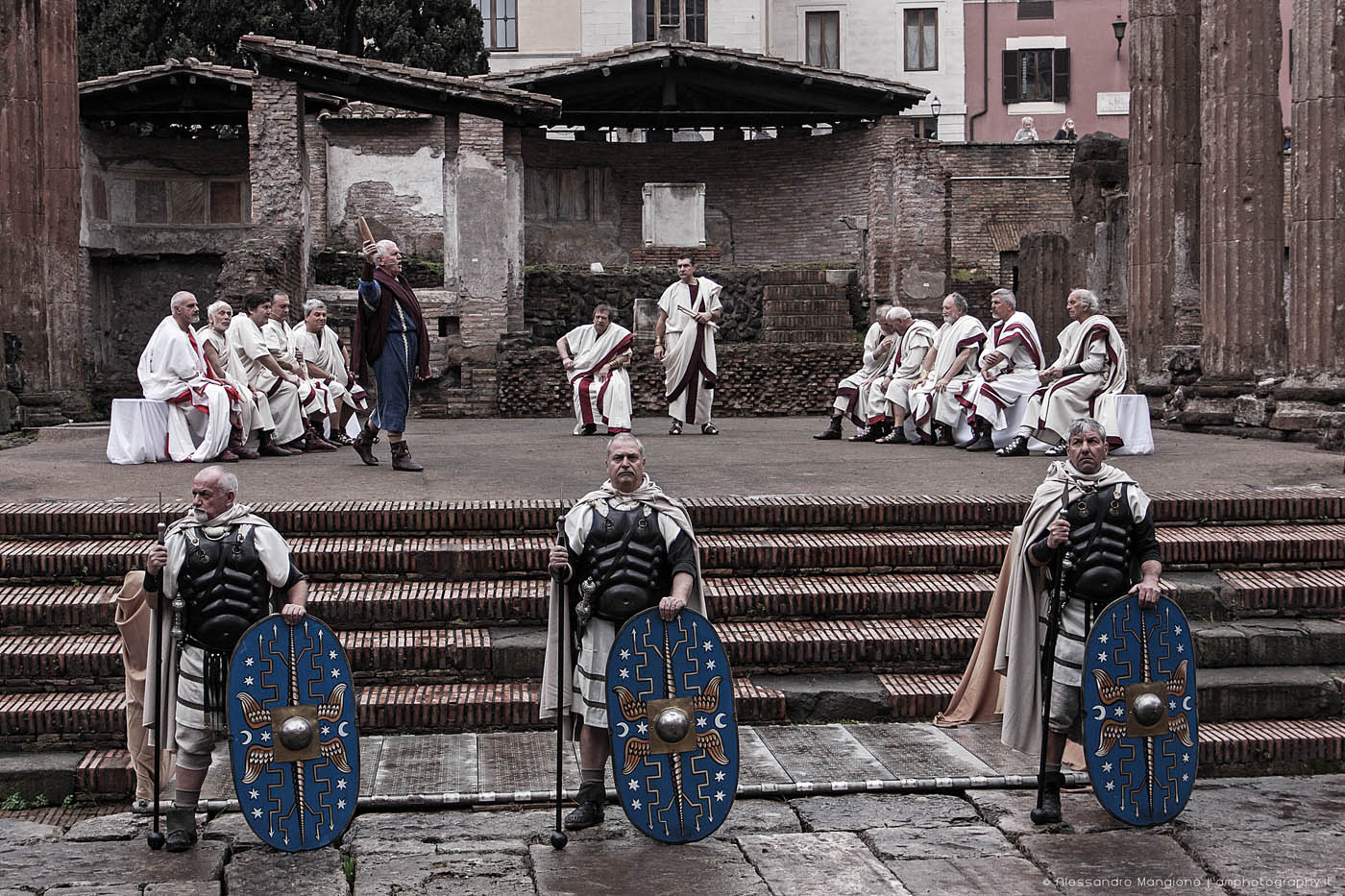 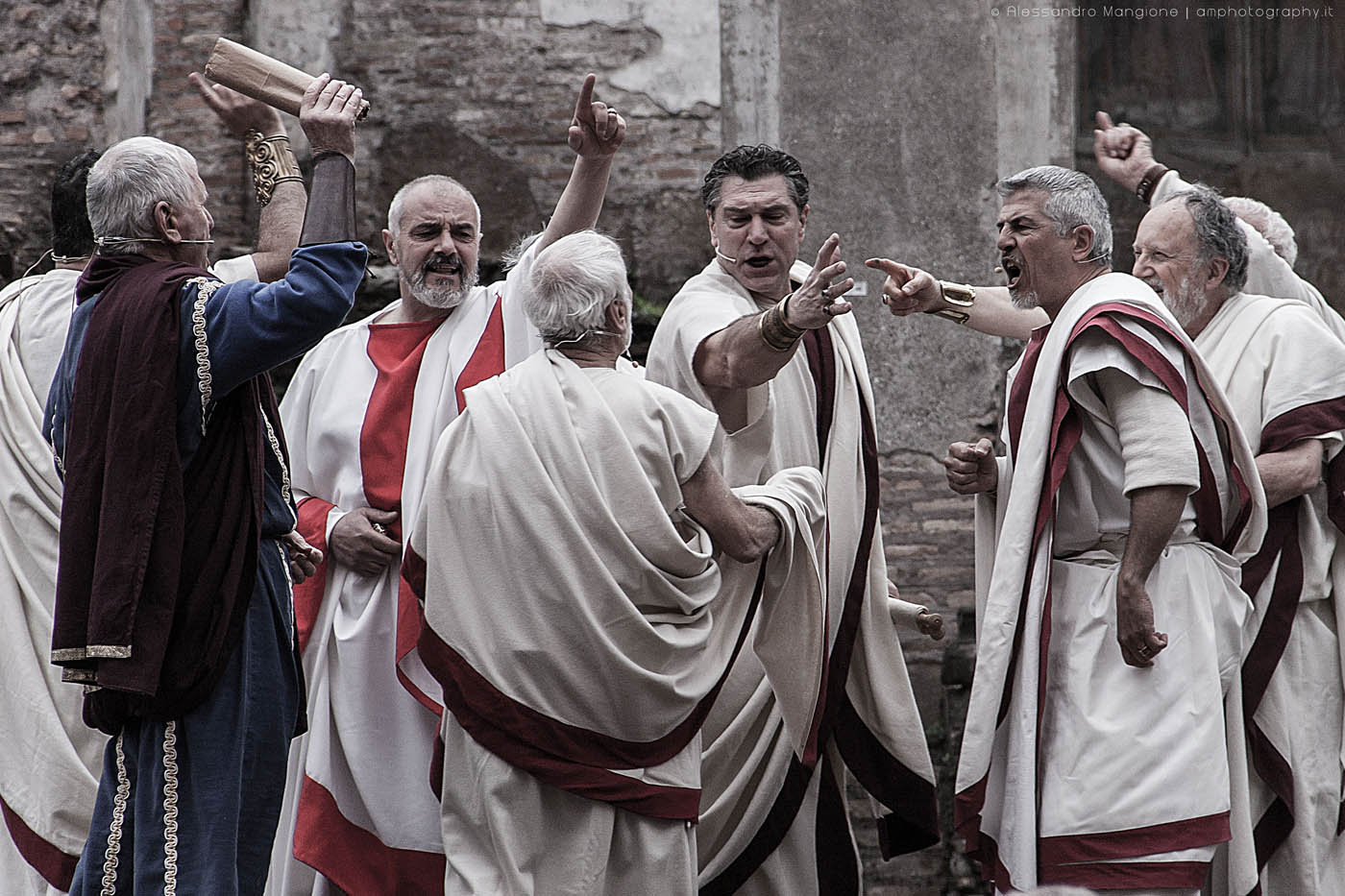 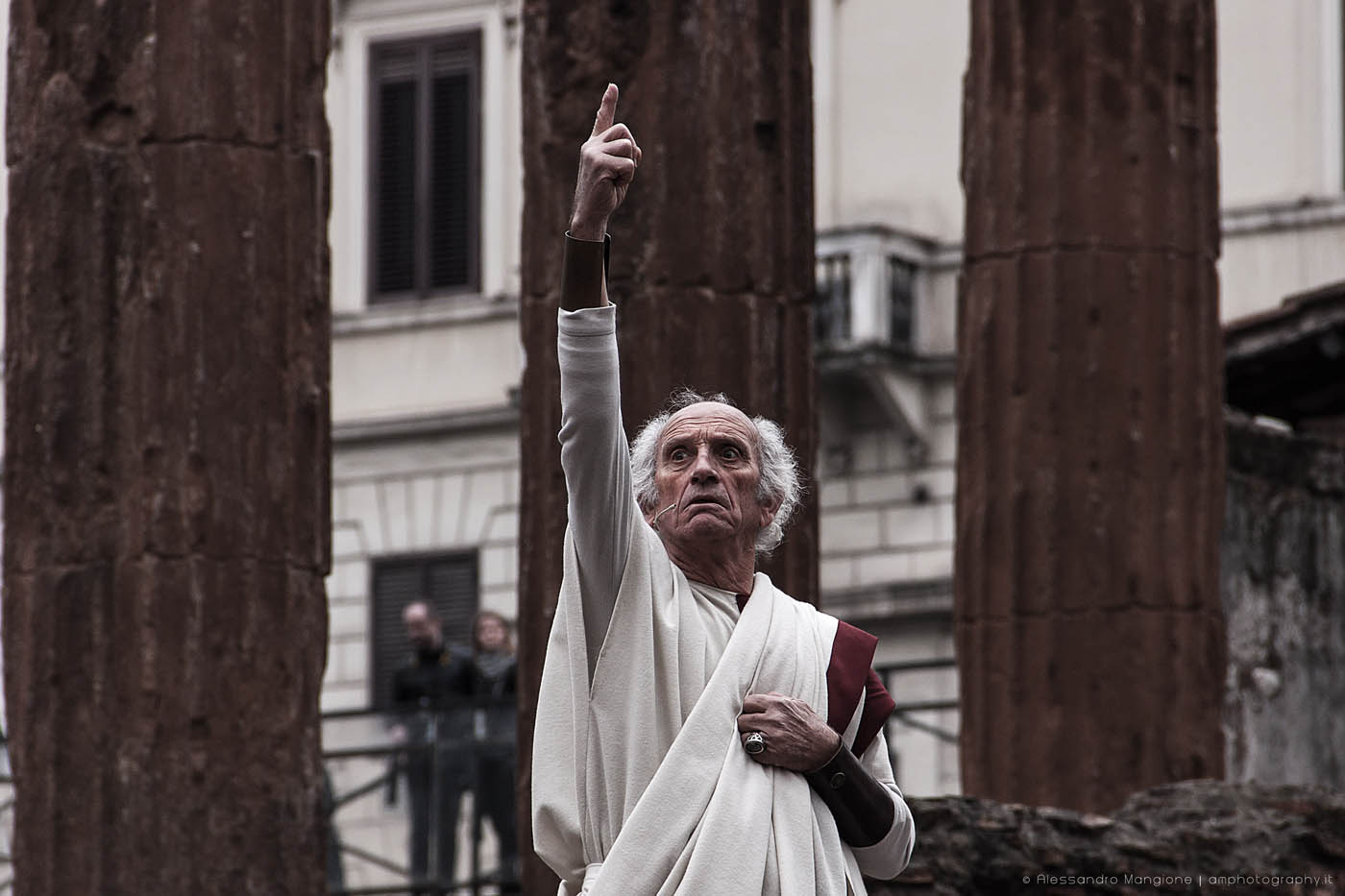 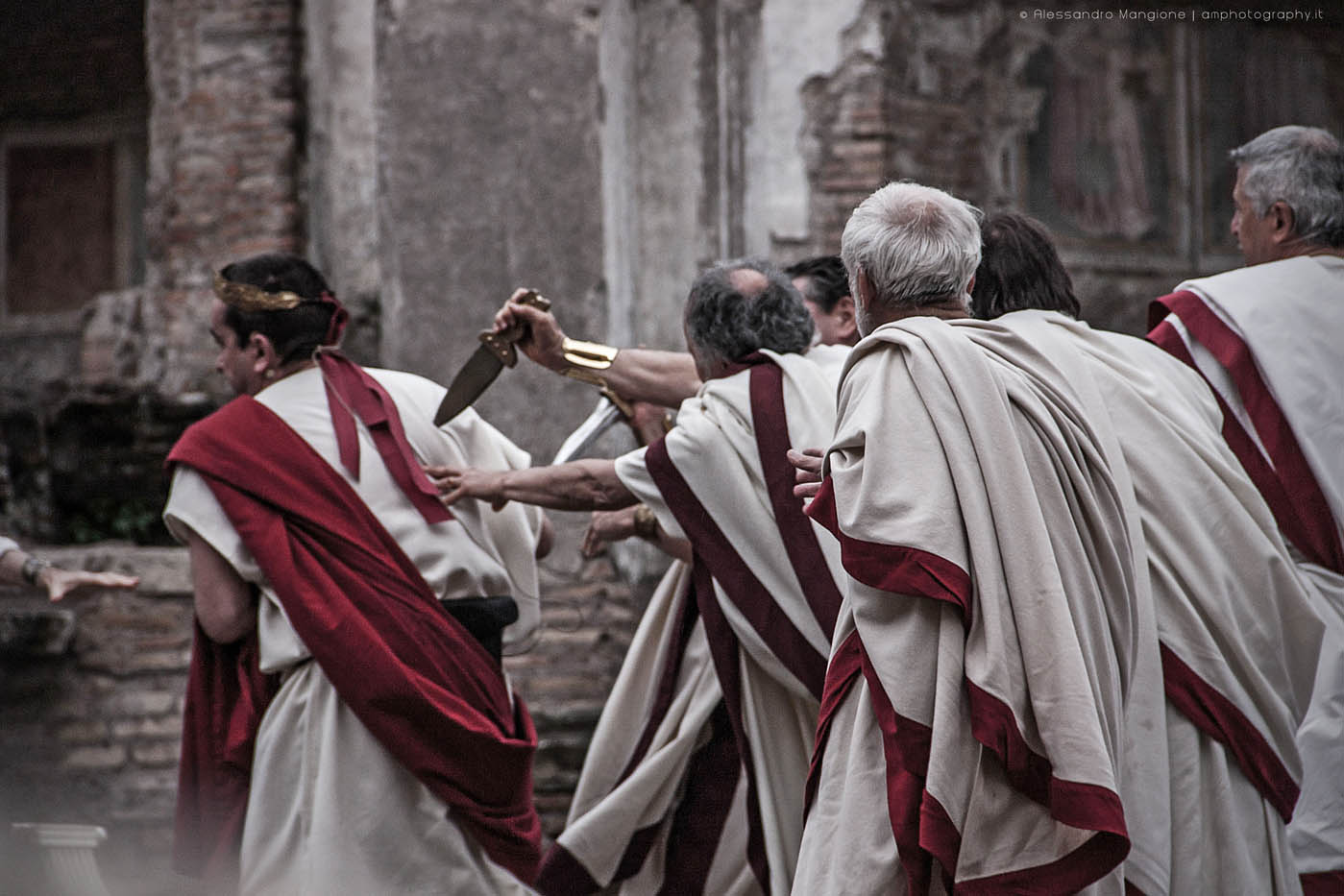 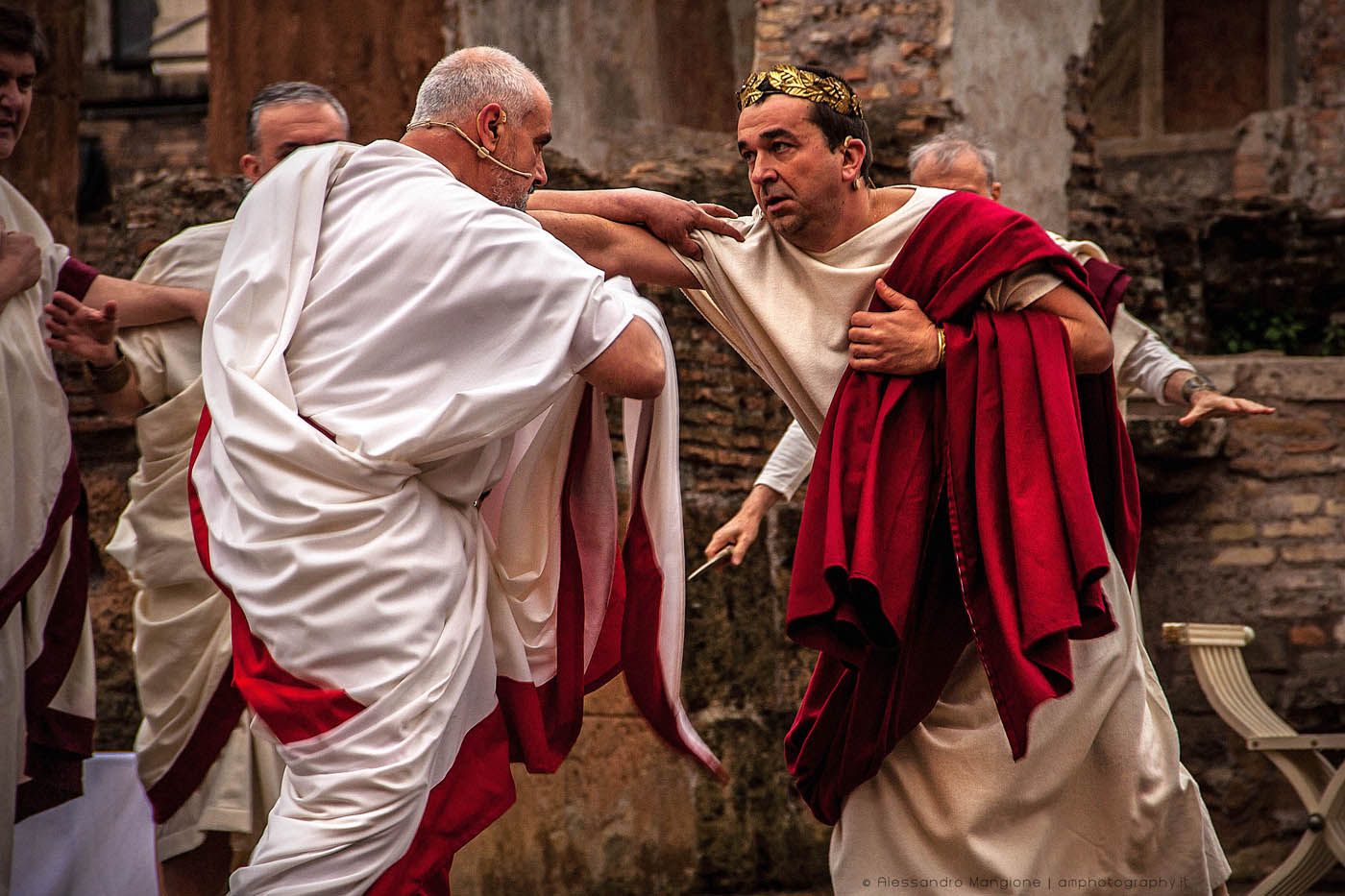 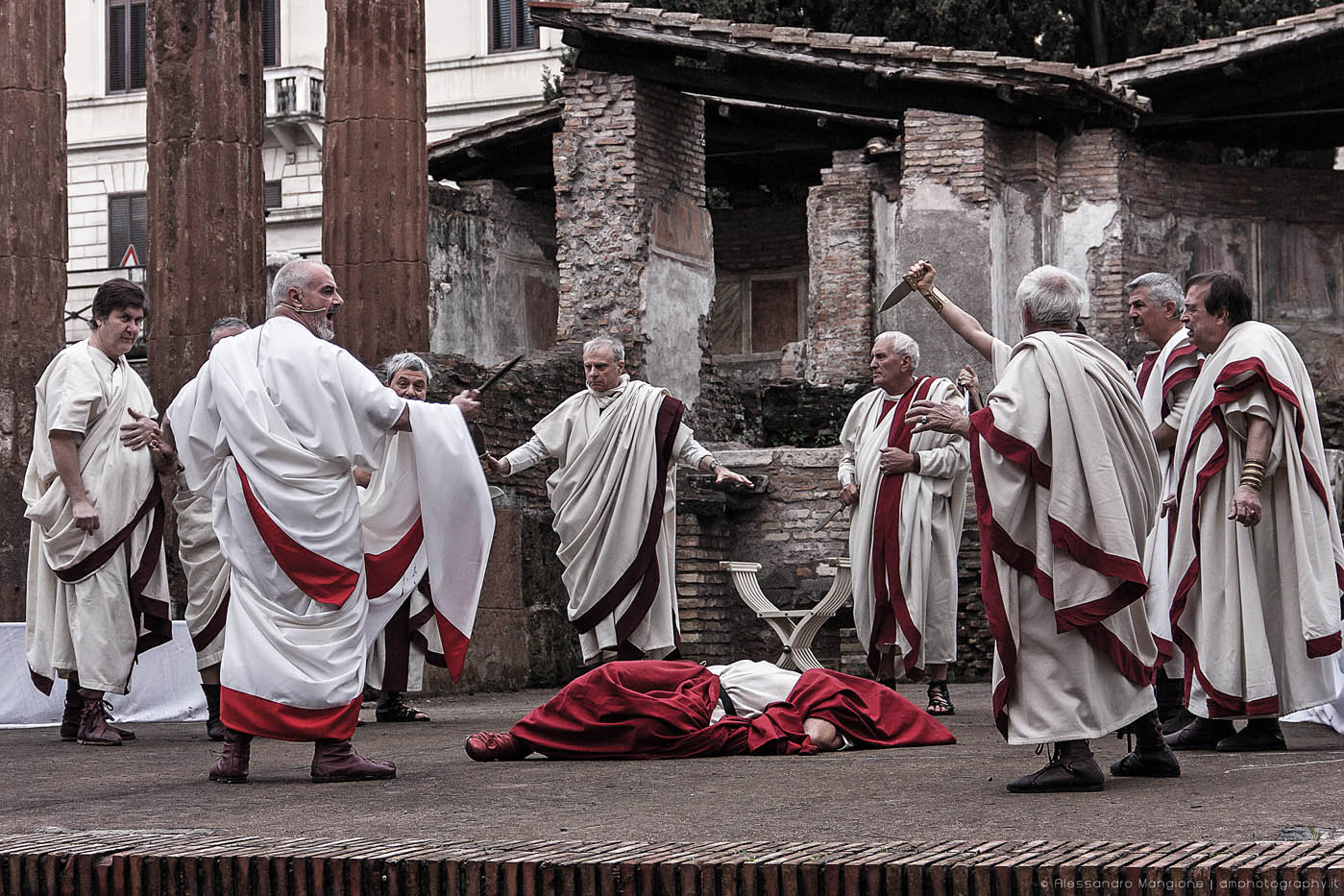 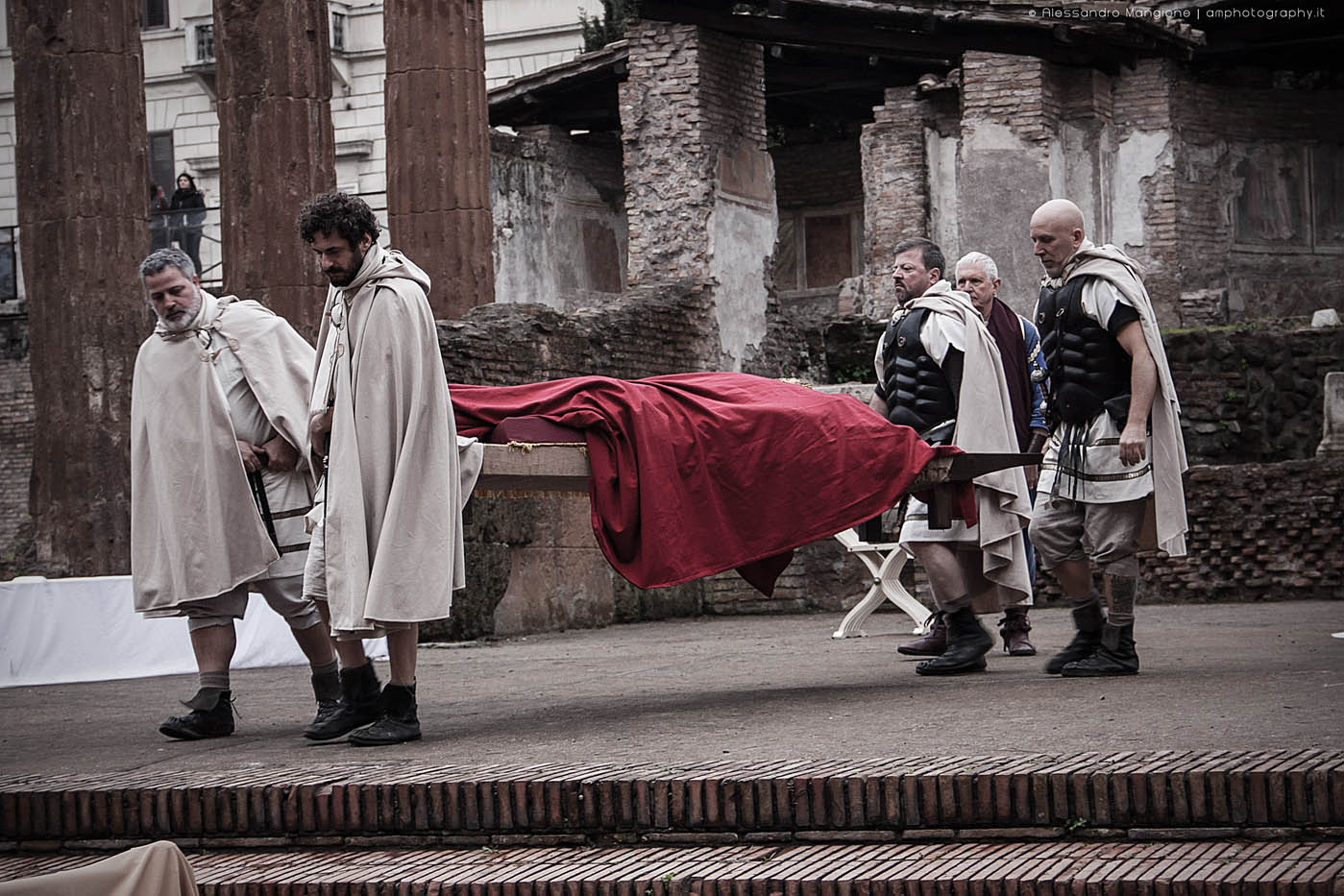 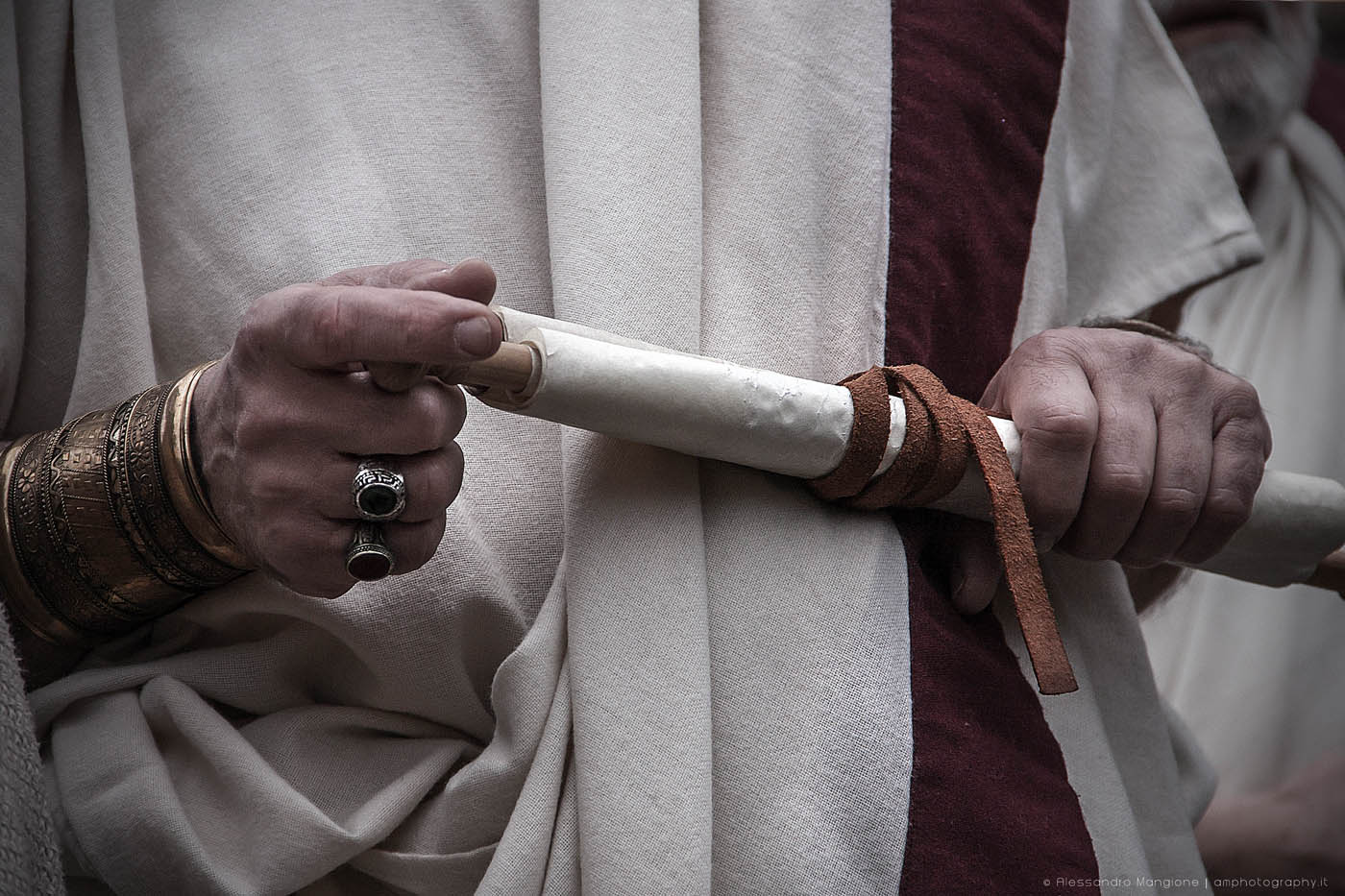 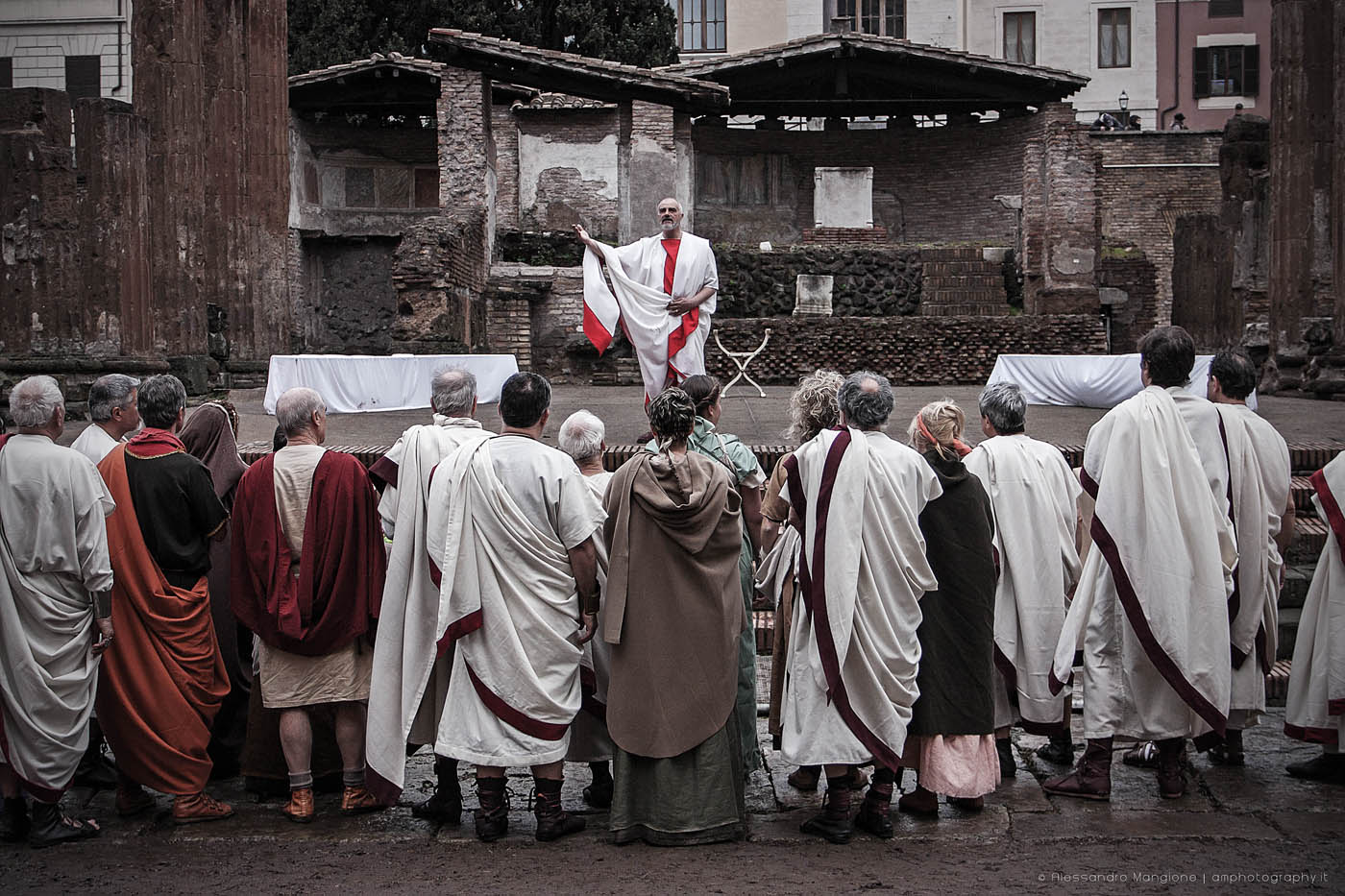 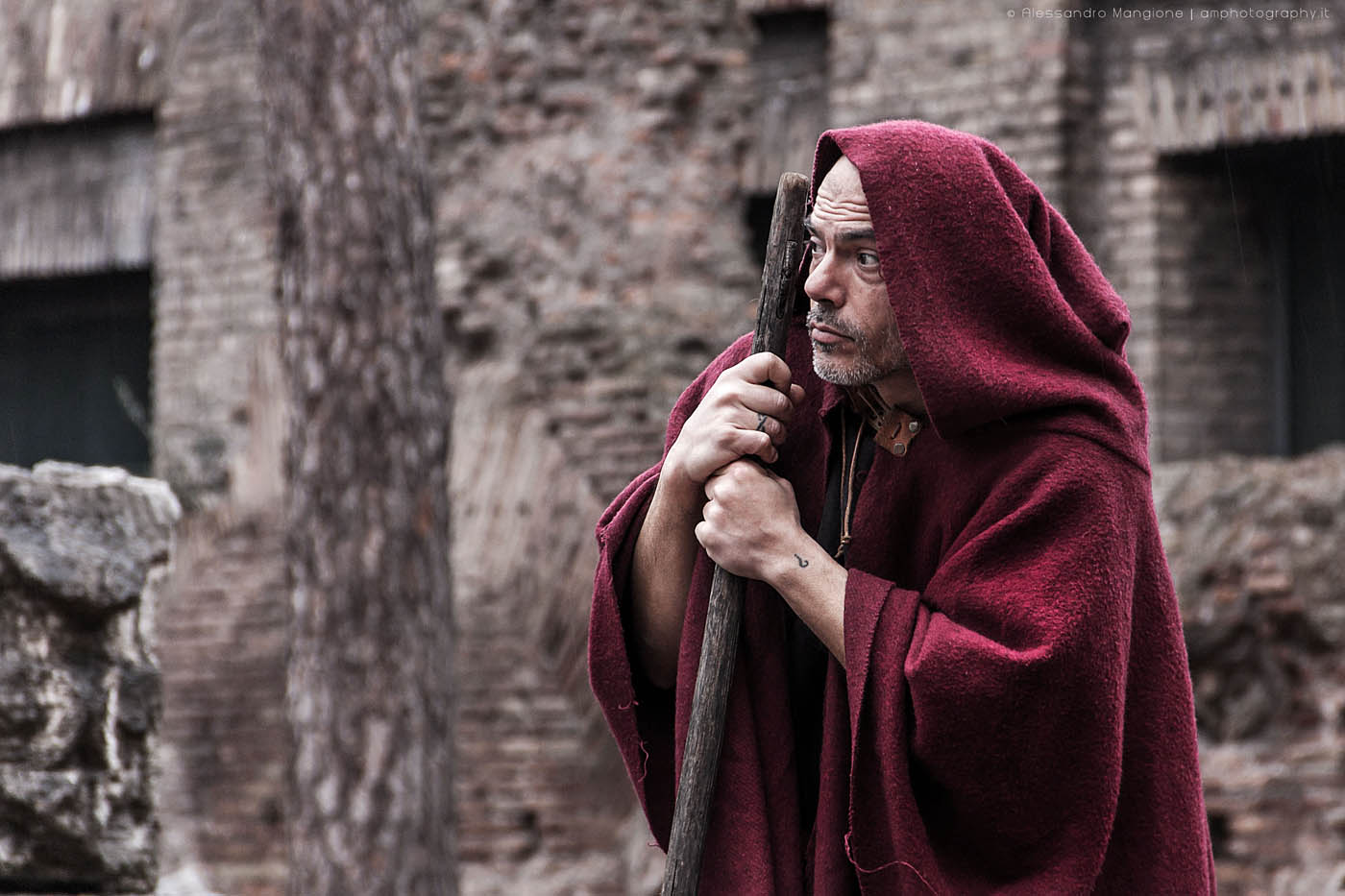 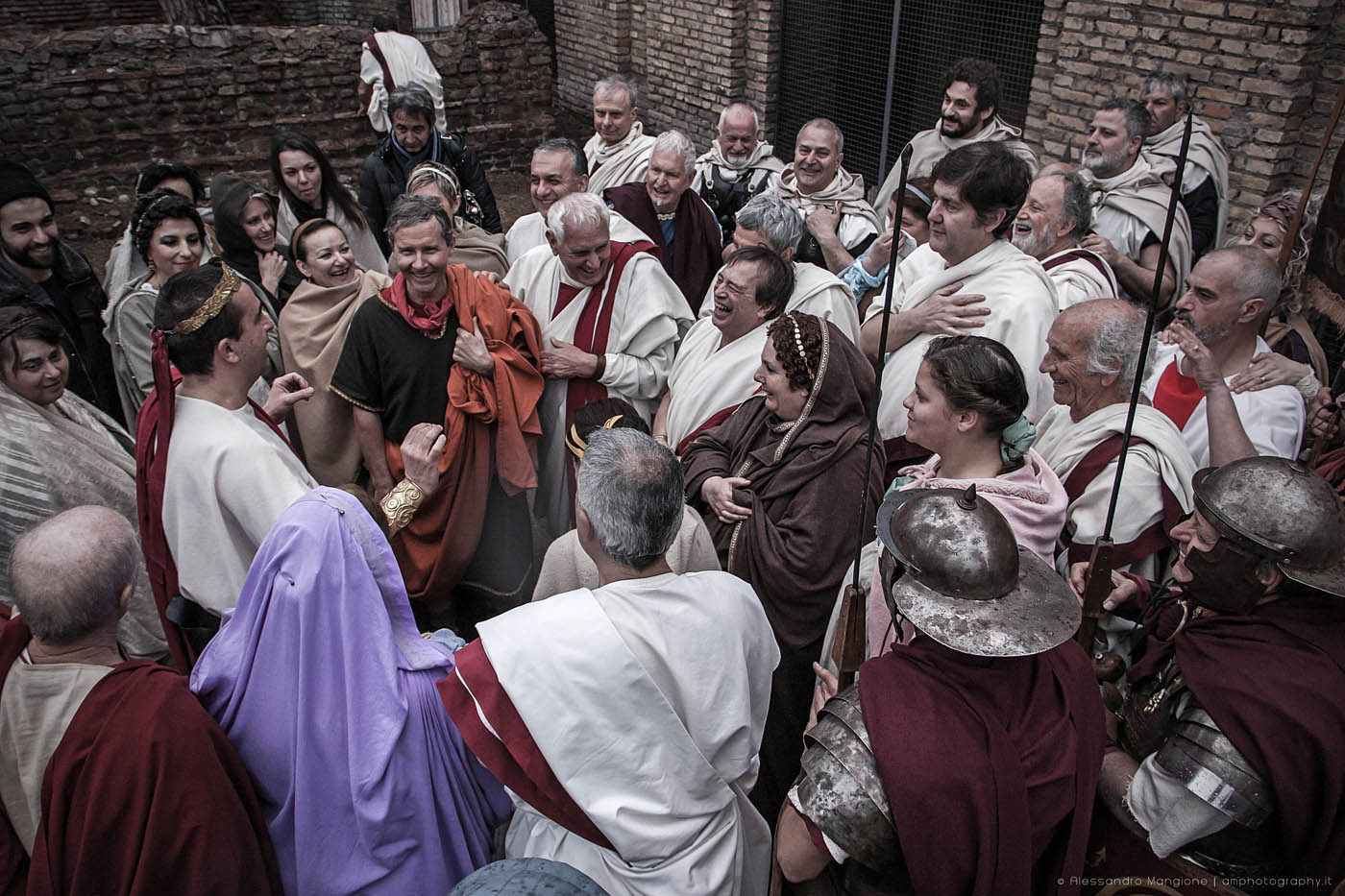 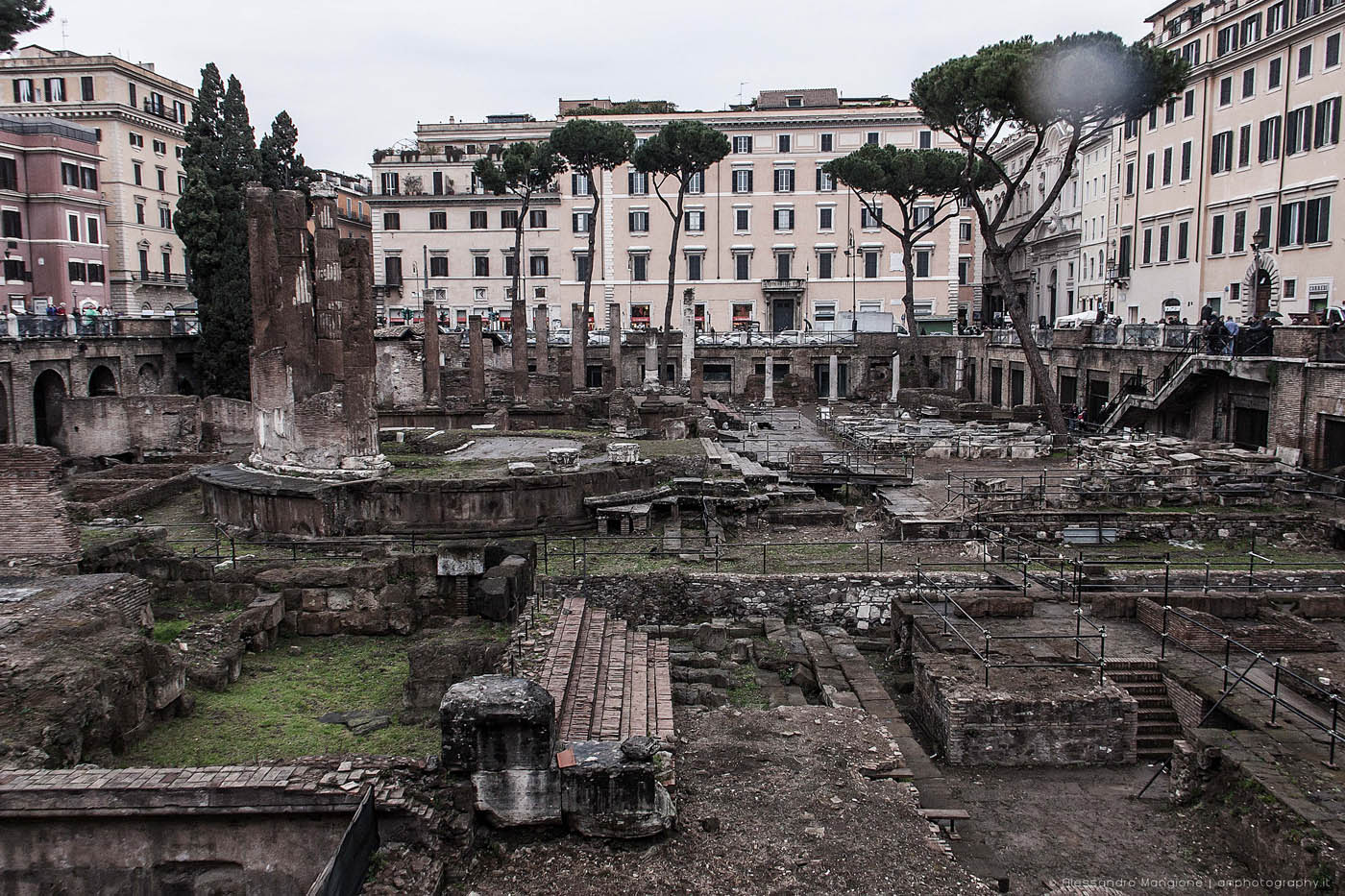 Performers from the “Gruppo Storico Romano” reenacted the assassination of roman dictator Julius Caesar in Rome.

The assasination of Julius Caesar made the Ides of March a turning point in roman history. It’s one of the event that marked the transition from the Roman Republic to Roman Empire.

The "Gruppo Storico Romano" (www.gruppostoricoromano.it) offers the historic commemoration of the tragic events of March 15, 44 BC. The Gruppo Storico Romano is a cultural non -profit organization that recreates traditions and scenes from Ancient Rome. For the first time, the assassination of Julius Caesar  was reenacted at the exact location where the general was stabbed to death, at the Area Sacra di Largo di Torre Argentina.

The 45-minute re-enactment of the dramatic events of 2,159 years ago was played in three parts. In the first, senators declared Caesar a public enemy of Rome after he appointed himself a perpetual dictator. In the second, Caesar was stabbed to death with 23 wounds, the last of which was inflicted by Brutus. Before dying, Caesar shouted his last, famous words in Latin: “Tu quoque, Brute, fili mi!” (‘You too Brutus, my son!’) In the third and final Scene, Brutus and Mark Anthony justified their actions to the people of Rome.

❝The greatest enemy will hide in the last place you would ever look.❞ - Gaius Julius Caeasar